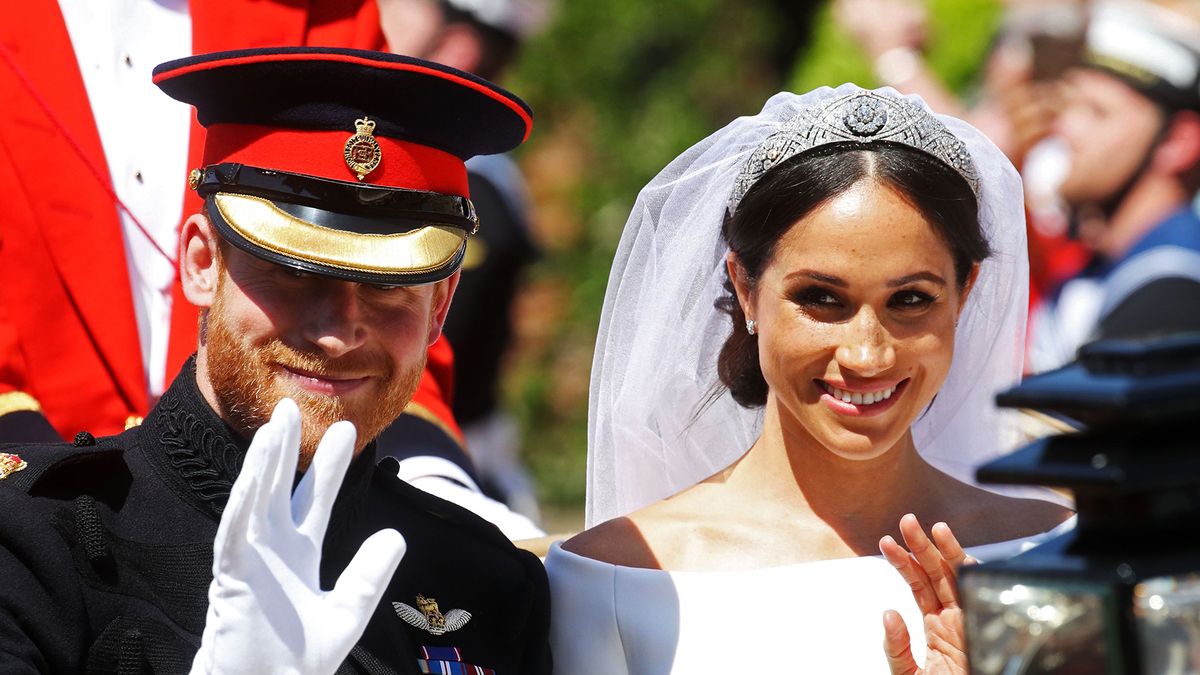 According to reports, the Queen was surprised by Meghan Markle’s choice of wedding dress for her big day in 2018.

Royal fans will remember that Harry and Meghan, now Duke and Duchess of Sussex, were married almost three years ago at St. George’s Chapel in Windsor in a television ceremony that was watched by millions of people around the world.

They have since welcomed their first child, Archie, who is nearly two years old, and are expecting a daughter later that year. Time really goes by!

Before the big day, however, the queen was reportedly surprised by Meghan Markle’s choice of wedding dress.

Prince Harry and Meghan Markle on their wedding anniversary in 2018

Why was the Queen surprised by Meghan Markle’s choice of wedding dress?

According to the Daily Mail, “the monarch expressed her surprise” that Meghan had chosen a white dress for her wedding day as she was previously married. Since she was divorced, the queen may have expected the bride to wear a different neutral color instead of the traditional white.

Meghan Markle’s first marriage to producer Trevor Engelson in 2011 lasted two years after they tied the knot. The ex-couple were together six years before their wedding.

For her wedding to Prince Harry, the Duchess wore an elegant white-sleeved dress by Clare Waight Keller for Givenchy, which was later converted into a halterneck number by Stella McCartney for her evening reception.

While the color of the dress may have been a surprise at first, it clearly wasn’t too much of a problem as the queen is said to have the final say on all royal wedding dresses.

You’re sure to agree that the Duchess of Sussex looked gorgeous either way!