Home Wedding Dress How it is that Amazon’s # 1 wedding dress is only $... 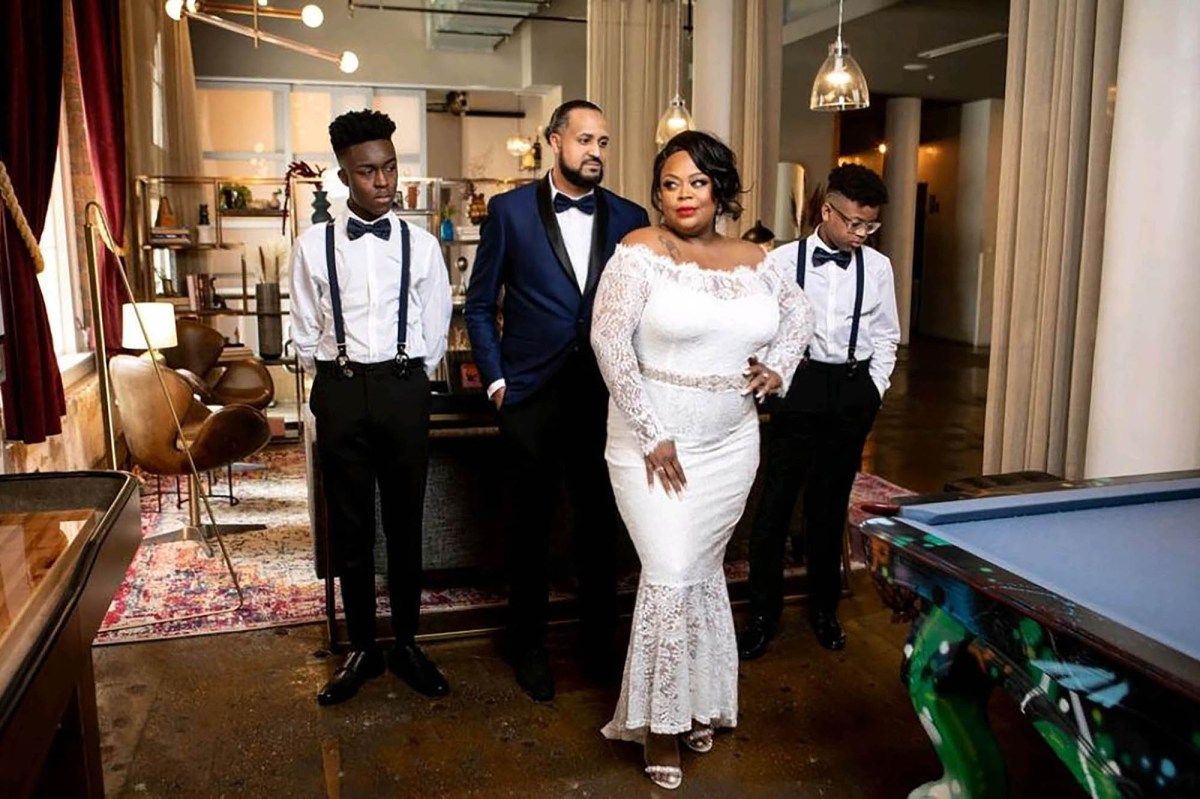 Move over Vera Wang, here comes Lalagen – the little-known company behind the most sought-after wedding dress on Amazon.

With the wedding season approaching, brides in search of the perfect dress may be wondering how Lalagen – an obscure tailor from China – managed to create the e-commerce giant’s best-selling wedding dress for just $ 43.

The average U.S. wedding dress costs $ 1,500, according to Vows magazine. And even brides looking for something less formal than a dress can expect to pay anywhere from $ 500 to $ 600, according to the bridal magazine.

The Lalagen dress has since received rave reviews – 4.4 out of 5 stars on Amazon from more than 4,800 buyers – for less than the price of designer jeans.

Executives from the clothing industry attribute the base price of the Lalagen to its uncomplicated business model, which, in addition to the manufacturing costs, seems to generate little or no costs.

Based in China’s lower-cost Fujian Province, Lalagen sells its product directly to consumers online rather than in stores. The website suggests a minimal marketing cost, and even the cost of making it seems lower than normal thanks to the tricks of the trade, including making the dress from a stretchy fabric that is suitable for a variety of body types, experts say.

The stretchy material of the dress suits all body types.Amazon

Gorman estimates the China-based company spends between $ 16 and $ 17 per pop on making the detailed dresses, including saving money on the lace, which appears to be made of polyester instead of nylon.

“Poly is rougher and it looks like they only lined half of the dress, which also saves money,” noted Gorman. “It’s a very good price to pay for the construction of the scalloped garment with long sleeves.”

On top of the cost savings, Valerie Cooper, executive director of Heart-Hunters Consulting, a clothing manufacturing company, understands the fact that the dress is only available in three sizes: small, medium, and large.

“You don’t have to cut that many sizes because the fabric is a little stretchy,” said Cooper. In contrast, a more expensive wedding dress would have a “boning” in the chest and a “corsetting,” she said.

Cooper estimates that each layered dress takes anywhere from 20 to 45 minutes to make from start to finish, depending on how much machine automation is used in the factory.

The Lalagen gown also has a zipper on the back, which experts estimate will cost the manufacturer about 15 cents per pop instead of the expensive buttons found on many other wedding dresses. And while the dress is lined, it is only done for half of the dress from the top to the knee.

The lining from the top to the knee adds to the lower price of the dress.Amazon

While the majority of online shoppers raved about the dress, a small percentage of reviewers gave it low marks. Some buyers complained about a malfunction in the zipper, while others found that the dress they received was not exactly the same as the one in the photo.

“I was so excited for this dress and planned to wear it to a wedding. The fit was great, but the dress I received had a completely different neckline and top, ”said one disappointed reviewer.

However, Vows magazine founder and editor Peter Grimes says that some quality has to be sacrificed to keep price down. In the case of the Lalagen dress, Grimes noted that “the neckline, hem and sleeves are simply bordered and lacking in sophistication.”

Jan Bühring, production manager for Intrepid Sourcing, agreed. While calling the Lalagen dress “a clever but simple design”, he noted that the “fabric appears to be at the bottom”.

“Reviews say it feels pretty thin, but people are probably happy with it because they don’t wear and wash it often. We would suspect that this dress would not survive “too many washes,” said Buhring.

Lalagen did not reply to a comment. Amazon did not respond to comments.

According to its website, Lalagen was founded 20 years ago by a fashion designer who “values ​​style and value,” especially for women who have gained weight after giving birth.

“Our designer is a mom, she really understands that she gets fat after having a baby, so she designed a comfortable fit, the most fashionable clothes that fit herself, all moms and all plus size women.” The website says.

According to records, Lalagen acquired a U.S. bag and umbrella brand in 2016. The company now also sells swimsuits and casual wear, and has sold products to Walmart, Sears and Overstock that currently list their apparel as “out of stock”.

According to James Thomson of Buy Box Experts, a consultancy for Amazon sellers, the mermaid wedding dress launched in 2018 at an even cheaper price of $ 30.99. The dress “has steadily increased in price as it has grown in popularity,” added Thomson.

“Amazon loves these types of brands because they bring low prices to Amazon customers,” said Thomson.

And that’s probably another reason the dress is so successful. Amazon isn’t exactly known for its wedding dresses, which helps narrow down the competition.

Future brides won’t find Oscar de la Renta or Marchesa wedding dresses on Amazon. And while Jeff Bezos’ web portal sells some Vera Wang dresses, it doesn’t sell her wedding dresses, which can cost hundreds and even thousands of dollars.

But since many couples have become financially thin as a result of the pandemic, Lalagen’s dress is taking the internet by storm. It doesn’t hurt that many weddings now have to be smaller, which leads couples to focus more on the photo, where intricate details like the quality of the lace on the dress are less important.

And as The Post previously reported, customers can’t stop raving about it.

“It gives you that curvy look,” Rekel Alamoudi, 37, told the Post last month. “The dress is wedged at my waist and is stretchy in all the right places.”